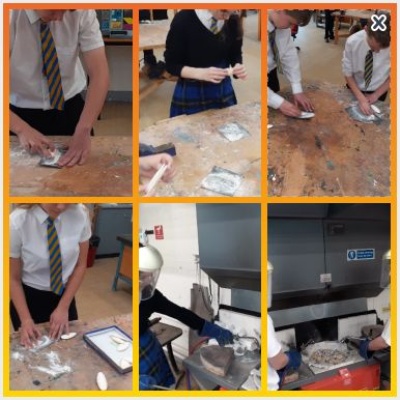 Year 10 have been developing confidence in igniting the forge torches safely before they later go on to melting pewter and pouring into an MDF cast developed through computer aided design.

They have also been using manual techniques to produce a casting mould which will later be used in conjunction with the forge to produce pewter rings. Well done year 10!